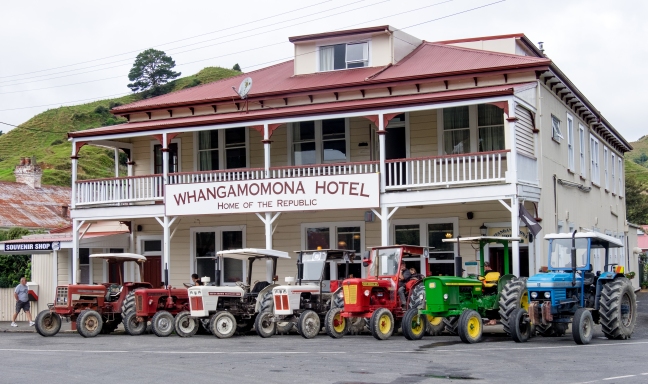 I should probably just stop this post here with the title and photo, but you can’t make this stuff up.

I elected to drive the “Forgotten World Highway.”  Its more then 100 miles with few turn offs, no gas stations, no stores, and no cel service.  It winds through some very rugged country. You can drive about 30 mph. 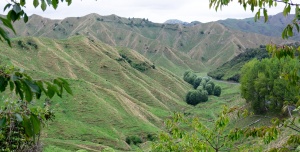 It took centuries, literally, to get roads and railroads into this area and build communities. It wasn’t until 1960 that they paved the road in places. But to not much effect.  The towns and areas in this region are dying out.  In the 1990s they redid the entire road – in part to build the tourist industry.  It is beautiful there. Again, to not much effect.  Today I saw hardly anyone on the road until…. 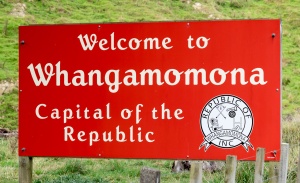 Whangamomona is centered in the region. It had been a thriving town in the early 20th century, but practically died out in the 1960s.  At that point New Zealand re-districted it.  The Whangamomona citizens were not happy and created their own pseudo Republic in protest.  They still celebrate their Independence Day.

But today was different.  This was tractor day.  All the local farmers once a year ride their tractors around the region. This year one of the back roads they use was so muddy that the tractors couldn’t make it! They had to detour.

Around noon they traditionally stop at the Whangamomona Hotel, which sort of serves as the Capitol of the Republic, and had lunch. This is when I arrived. Everyone was ordering the Putik Burger – fried chicken breast smothered in Canadian bacon, mayo, avocado, and slices of beets (all down-under burgers come with beets instead of pickles).  I had to join in. Real local farmers having a blast. My grandfather would have been proud.  As many women drivers as men. 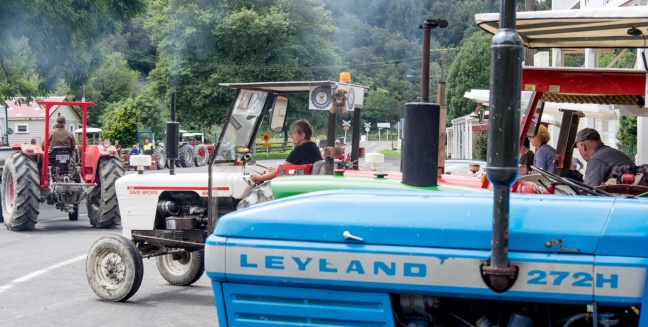 After lunch was the official photographs.  I guess the routine is to line them up in front of the hotel, but there were so many this year that they had to do it in 3 shifts. 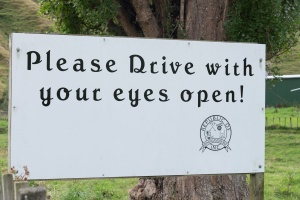 From declaring themselves a republic (the hotel sells Whangamomona Passports should you need one), to their community festivals, and their humorous signs posted along the road, its clear that they may be remote, but they are enjoying it.

Where all these people get their gas and diesel I don’t know.  It is clearly 90 minutes one way to a grocery store. 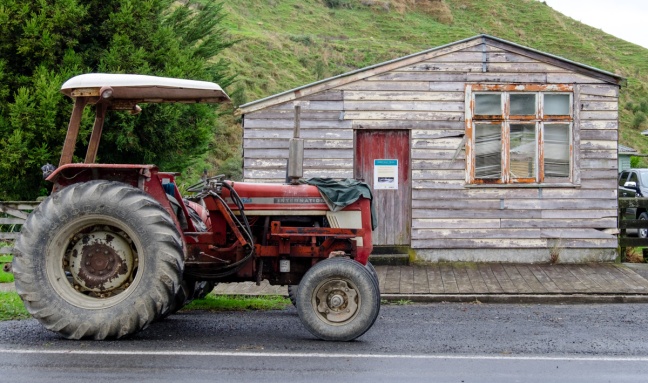 3 thoughts on “Tractors of the Whangamomona Republic”