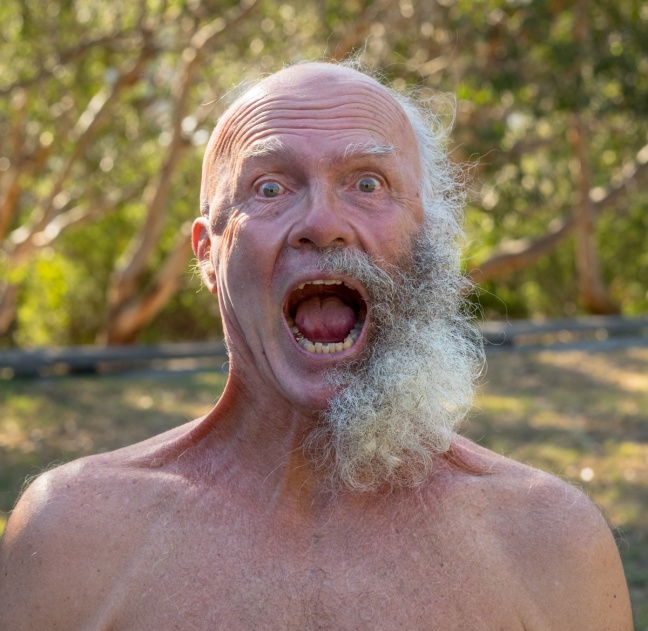 The photos tell the basic story, but I’ll add in some background.

Peter has been working with wood for most of his life.  First as a carpenter and master builder in Alaska, then as a furniture maker, and now as a sculptor.  Mid-career he developed a severe allergy to wood dust. He can’t be in a wood studio or shop.  At Windgrove he has built his shop outdoors. He has to wear a mask much of the time and thus can’t have a beard.  The last 6 months he has been working on the land and took the opportunity to not have to shave.  That is all ending.  He goes back to work on wood this week.  We documented the event in true style that only Peter can muster. Since we are always interested in process, the half-way point was of much more interest.

Maha (Julie) is an old friend of Peter and stopped by out of the blue to see Peter.  She didn’t know what was in store, but immediately jumped in and did the heavy work – with a lot of humor.

At one point during the process she commented that Peter, with getting all this hair off, would be a lot more frisky and that everyone needed to watch out.  That cracked up Peter. 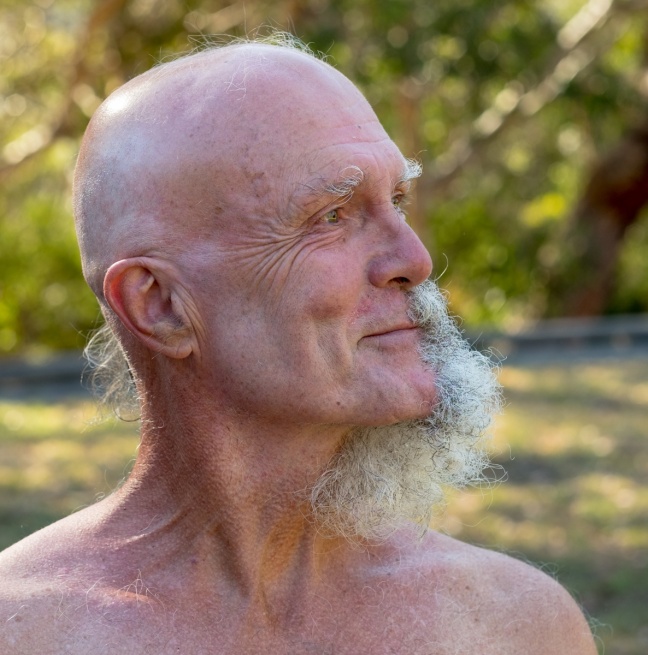 After the shave Emily and I were cooking dinner.  Peter said he was tired, his back hurt, and he was going to take a nap.  All is quiet.  Then suddenly there are car horns honking out at the driveway, someone is shouting, and Emily and I realize that another group has shown up. Sigh…. Peter is out and we will have to deal with it. This is what was at the door – Peter playing jokes.

Peter all dressed up as we have never seen him.  Acting like a salesman.  He got an April Fools joke in on us.  He aced it.  As my grandmother would say, “You can dress him up, but be careful taking him out.”